This article is part of a series on Dear Princess. If you would like to start at the beginning of the series, click here.

When it comes to guilt and condemnation, Dear Princess delivers in spades. In today's post, we will be working through Chapter 13 (for those of you that are following along in your own copies.)

This chapter is purportedly on temperance, but anyone who reads through it is clearly a glutton for punishment.

It consists primarily of a series of vignettes of princesses failing to live up to the author's standards, and is followed by an explanation of the reasons for their grave failings. (spoiler alert: lack of temperance)

We will work through both sections for your edification. (And hopefully, if you, my dear readers, princes and princesses alike, are still smarting from the poisoned barbs of shame brought on by exposure to this book, the medicine of laughter will sooth the pain.)

I only ask that you laugh with moderation.

Susan and Linda had come to spend a few days with Rose and Daisy and the four cousins were having a gay time. 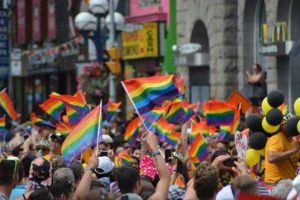 It was Saturday morning and Mother left the four to do some cooking and cleaning while she went to town.

When Mother returned, dinner was ready and the family soon gathered around the table.
The four girls were in such a hilarious mood that they were laughing all the time.

No matter what was said, it was a signal for the girls to go into uncontrolled peals of laughter.
What are these four happy cousins lacking?

This is just such a weird anecdote.

Are we just adding extraneous details to spice up the story? Or is Mother's trip to town somehow pivotal to the narrative?

I mean, we are all aware that our author thinks that they shouldn't be laughing this much.

But what does Mother going to town have to do with it? She leaves them alone and comes back and they are all laughing hilariously. What happened while Mother was in town? Did the cousins discover her secret supply of narcotics?

It's the most reasonable theory, when we consider all the facts.

Being that uptight all the time has to take its toll. Maybe it's the only way Mother can cope with the demands of life.

No judgement here. (And it certainly would explain some of the deranged things she says from time to time.)

Myrtle's appetite for novels storybooks seems never to be satisfied. When she is in possession of a good book, it is almost impossible for her to be helpful or even congenial in the home. After she has gone to bed, seldom does she turn out her light until the current book is finished, even if it is late at night or early in the morning.

What is Myrtle's problem?

I'm guessing that Myrtle is a slow reader.

I mean if she is reading all the time like you say she is, she should be finishing her book in the early evening most of the time.

Unless she's reading Lord of the Rings or something, in which case, there's not really a problem. That's the kind of book that is worth staying up all night to read. She should try the Redwall series.

If she is a slow reader, perhaps she could benefit from some remediation. Have you considered tutoring?

Helen loves to eat. Delicious desserts and rich foods are irresistible to her.

Nibble, nibble, nibble between meals. And all too often she leaves the table with a much-too-full-feeling.

What is wrong with Helen?

It sounds like Helen may be developing an eating disorder.

This is common in young girls, especially ones that are in a highly stressful or judgmental environment.

I suspect that Helen may have some emotional issues that are driving this. She should develop a good support system to help her cope.

Thankfully, at this point, it seems to be in the early stages, and with some therapy, you can expect a good outcome.
I wouldn't recommend piling guilt on Helen about her eating habits, as that tends to exacerbate the situation.

You weren't planning on doing that, were you?

Then there are Reba, Fay, and Nancy. How these three sisters love to play. The croquet set is usually set up in the back yard ready to go. The bicycles are often rolling up and down the long lane. The girls spend many hours in the side yard throwing a ball back and forth.

Whenever Mother wants the girls to do some work for her, they leave their play very unwillingly.

They are past the age for dolls and playhouses and games like chutes and ladders and candyland. But they have not gotten over their love for play.

What do these girls lack?

It sounds to me like these girls need someone to join in with them. They should include Helen. Their friendship might be just the support system that Helen needs.

Plus, with all the outdoor exercise they are getting, Helen will probably start to feel much better, and more fit.

They should give her a call.

These girls lack temperance or self-control.

I mean, sure. The kids children that got into Mother's pill stash lack temperance, or at least good judgement, but the others all sound pretty normal to me.

We all enjoy being with the happy princess. We find her spontaneous laugh delightful. But the Spirit in her life keeps her from laughing at times that are inappropriate for laughter.

OK. Now I suspect that (for the first time in the book) you're just making stuff up!

Are you telling me that being able to keep from laughing when you aren't supposed to is a gift of the Holy Ghost?
Because, if you are telling the truth, that is a gift that I seriously covet, as taught in I Corinthians 12:31.

There is nothing worse than having something strike your funny bone in the middle of a funeral. What a blessing it would be to have supernatural aid in times such as those.

And at no time will the princess be made helpless by laughter, but rather will always be the master of it.

What a sad person you are.

The girl who loves to read faces the problem of finding worthwhile reading material. There are so few books that can be read with real profit that the temptation is continually before her to read things that are not helpful.

Having read this book, we are all well aware of the danger of yielding to the temptation of reading unhelpful literature.

A daughter of the King is careful to keep her body, the "temple of the Holy Ghost," in good health and vigor. She eats with this in mind and does not indulge the flesh in over-eating or in frequent snacks and confections that are harmful to good health and put on weight that is unnecessary and leads to physical and emotional problems.

Do you know what else leads to emotional problems?

You do! You and this constant judgmentalism of every action, thought, and word that these "dear princesses" take.

There are hundreds of women alive today that have walked down this Hall of Shame, and suffered dearly for it in their minds and consciences. Some of them have turned away from following Jesus for fear He's like you, and that's really, really sad.

But we're tearing down the lies. The long Hall of Shame is nearly behind us.

These little girls who thought they were so bad, and felt so guilty, were just normal little girls. The only problems they had were the ones that you and your sick, power-hungry system created.


But that's behind us. 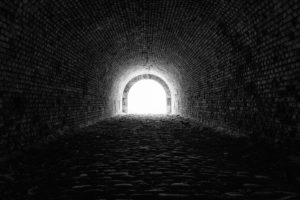 Come on, girls and ladies! Walk toward the light.
Let's get out of here.

One thought on “The Princess Hall of Shame”