If you are just joining us, we are working through a series on Dear Princess. The first post is here.

Many people find this to be a comforting sentiment- the idea that we have a God who is overseeing our universe with its swirling galaxies, complex ecosystems, and intricate natural laws, yet He is interested in the lives of insignificant people like you and me.

Like most things, Conservative Mennonite theology takes this concept and turns it into something ominous. Yes, God is interested in what you are doing, but not in the way you would hope. He is looking over your shoulder and nit-picking every single detail of your life, and He's gonna catch you doing something slightly out of line, and then He's gonna nail you to the wall. (Ignoring the fact that He allowed his Son to be nailed to the cross for just that reason.)

In today's post, we will be examining the little things that make a BIG difference in the labyrinthine world of Dear Princess.

Susan had been a daughter of the King for a few years. She had always enjoyed her time of Bible reading and prayer. But then something happened.

The Word of her Father the King was not interesting anymore. In fact, she felt ill at ease and uncomfortable when she read it. Something was wrong. Susan did not know what had made the difference.

Then she heard a message in a Sunday morning service that made her feel very miserable. Her pastor was preaching on restitution, making right the wrongs we have done. And Susan was reminded of a lie she had told.

I'm going to break in here, because there are a few things that beg to be pointed out.

First off, the author of this book clearly intends it to have a broader appeal than just little Mennonite girls. This is obvious, because very conservative Mennonites never use the term "pastor" to refer to their leaders. The term used is always "minister," unless you are highlighting his specific office, such as deacon or bishop.

(It's a little confusing, because minister is used to refer in general to any ordained person, e.g. "Our church has four ministers." But it is also used as a category within the ordained hierarchy, which from top to bottom is bishop, minister, deacon.)

And now you can see that I'm aiming for a wider appeal than just conservative Mennonites, too. Because they already know that.)

A second thing to point out is that this depicts the Mennonite view of ministers as the point of contact between God and man. Susan feels guilty and condemned, and her relationship with God is suffering, but she can't figure out why on her own. She has to get that information from a preacher.

Now that she has been informed as to the nature of her transgression, Susan has to make it right. And you'll never guess how...

Fiercely, Susan struggled against the frightening task of going to her pastor and telling him she had told a lie. How could she do this thing that looked so impossible?

"I will go with you and help you," the comforting voice of the Holy Spirit reassured her.

Finally, with trembling and tears, Susan courageously faced her pastor and made her confession.

One thing that I can hardly stand in these books is when the Holy Ghost speaks directly to people.

It seems borderline blasphemous to put words in His mouth like that. At the very least, it's taking God's name in vain. (Don't get me wrong, I don't have a problem with people hearing the voice of God. But there needs to be a recognition that people might mishear God.)

When the narrator says, "The Spirit whispered gently, 'Go confess your sins to the priest preacher," it leaves no room for the possibility that someone misheard God. It's just stated as fact, and laughing at the conclusion is painted as mocking the Holy Ghost. Putting words in God's mouth in order to support your conclusions is dishonest, manipulative writing.

Also, I'm pretty sure that the idea of confessing your sins to a man is something Mennonites are against, at least when the Catholics do it. But when it's your own preacher, apparently that's what you're supposed to do. Weird.

Carrie spent some time in the home of her cousin and while there had to listen to the songs of the world that were often played on the phonograph.

Apparently the worldly neighbors weren't available to peddle their insidious influence, so Carrie's cousin had to pinch hit by exposing her to a phonograph. 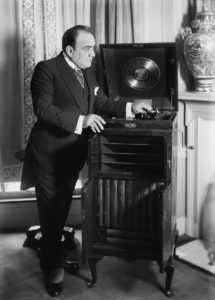 Presumably, she and her cousin also frequented
speakeasies with all the other flappers.

Carrie rather liked the catchy tunes and words and the songs seemed harmless enough, so she began to sing along.

When she was in the garden or helping at the barn, she sang them to herself.

This was the summer that Carrie lost the habit of regular Bible reading and prayer. 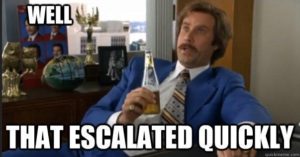 Yes, boys and girls, listening to catchy music will make you begin to lose interest in God and the Bible.

Can anyone see the problem with this kind of teaching?
The Bible is depicted as so boring that with any competition at all, it simply falls down the list.

Also, how can we be certain that it was listening to that phonograph that did her spiritual life in? We're talking about a whole summer here, and we're narrowing it all down to ONE THING? Seems a bit of a stretch.

Jean was getting along quite well in her Christian life. Her personal devotions were a time of encouragement and strength to her.

Are you aware that for over 1500 years, the average person couldn't even read, much less have access to a Bible so that they could read it every day? How did people serve Jesus for over a thousand years without "reading their Bible and praying every day?"

Now don't start saying that Brother or Sister By Thy Words (as the case may be) is denigrating the practice of daily Bible reading. I am not. I think it's a fine practice.

I also know many people who struggle with it for a variety of reasons, and I am sick to death of those people being made to feel like second class citizens for failing to do something that is essentially a luxury of modern times.

But throughout today's post (and throughout R&S literature in general), personal devotions are used as the litmus test for people's rightness with God.

What's laughable is that if a man in a necktie, (or smoking a pipe), or a woman in a skirt and blouse (or heaven forbid, PANTS!) were depicted as really enjoying their devotional time with the Lord, it would be a sign of how truly blind they were to their precarious and reprobate state.

Then a new friend came into Jean's life whose influence was not good. She began to speak in subtle ways about Jane's parents and the standard they and the church were holding.

Without realizing what was happening, Jean found herself agreeing with her friend.

PLOT TWIST! It turns out that Jean lived in the 1500s and her parents were Catholics who were fanatically loyal to the Pope. She stood boldly for the truth in spite of everything her parents tried to do to convince her otherwise.

Eventually she was arrested and burned at the stake for her unshakable faith, despite everything the reprobate church leaders did to try to stop her. She was one of the heroes of the faith and you can read about her in the Martyr's Mirror.

Just kidding, of course. Jane is NOT the hero here, because she was part of the TRUE CHURCH.

Before long there was a feeling of rebellion against her parents and the church being nursed by the enemy in Jane's heart.

I could tell you the rest of what it says, but you already know. Jane stopped wanting to read her Bible and pray, and eventually stopped having quiet time with the Lord at all. We can only assume that she became careless in wearing her stockings, and sometimes even wore hanging veils on airplanes.

As you can see, little things like questioning the standards of the church have dire consequences.

Twila was doing all that she understood her Father the King wanted her to do. Then one Sunday morning something that Brother Nelson was preaching suddenly condemned her.

Only the day before, she had washed her hair, and while it was still wet, she had carefully set a wave in it with bobby pins.

"That is pride," her heart condemned her. "You are just doing that to make yourself look more attractive. Just like women do who go to the beauty parlor.

I just love the built-in assumption that we ALL KNOW how evil it is to visit beauty parlors. If what you are doing can be compared to that, it must be exceedingly sinful.