If you are just joining us, this post is the second of a series. To start at the beginning, click here.

This inaugural series is not intended to be a chapter-by-chapter breakdown of the book. Not every part of the book needs to be critiqued.

In fact, there are sections scattered throughout that have some good thought. (Trite, stilted ways of expressing the thoughts, but still good thoughts.)

Unfortunately, these passages, which speak of things like the importance of sweetness, kindness, and not being completely obnoxious, tend to lull the reader into complacency. “This is dull reading,” you might think, “but relatively harmless.” It is only on closer examination that the truly damaging elements are detected. (Later on, those damaging elements become far more blatant.)

One of the biggest issues with the early chapters is the overall condemnatory tone.

“Most young people are bad,” is the message, “and you probably are, too.”

As mentioned before, nothing is factually inaccurate about what is being said, but the tone is troublesome, as are the constant calls to the complete eradication of the personal desires and feelings.

When these ideas are followed by passages like this one, it becomes truly horrifying.

“O Mother,” Sylvia cried with shining eyes, “when the girls made fun of my modest dress today, somehow I didn’t care at all. In fact, I had such a happy, free feeling that I felt like singing. I know it was the Lord who has given me the victory over wanting to dress like the world.”

Once again, at first glance, it appears reasonable, and even laudable. A young girl stands strong as she is mocked for her convictions. But check out this passage:

"It used to hurt me so much to have people misunderstand me,” Fern said with a smile, “but now it doesn’t bother me at all. All that matters is to know that I have done what is right."

Something frightening is happening here. These girls are being conditioned to override their natural human emotions.

It’s eerily reminiscent of the disassociation that sometimes takes place during extreme abuse, and it is being promoted here as a goal to strive toward: Detachment from pain at rejection and mockery.

This glorification of self-mortification, coupled with the strong emphasis on submission to authority in every form, sets young girls up to be compliant in the face of abuse.

In chapter 4, the subject is inward beauty is depicted by a “princess” named Lois.

Lois knows, as all good princesses do, that God does not want her to “adorn herself outwardly with worldly clothes, jewels, powder, and face paint.” 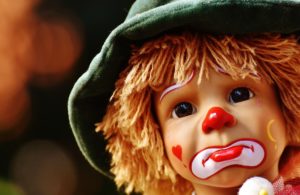 Of course, she isn’t even tempted by any of these things, because she knows what the Bible says about it. (Also, she’s in a culture where doing any of those things makes you despised, rather than admired, so there’s that.)

And, of course, Lois is kind and loving, and everyone finds her spirit attractive. And I’ve got no problem with that. It’s a nice passage, until we start comparing Lois to Marjorie.

I have no desire to overstate my case here, but the book compares Lois to Marjorie in much the same way, as one might compare Princess Leia to Jabba the Hutt. (For those conservatives among you, who are likely reading this blog with a mixture of horror and fascination, I just made a movie reference. The point is that Princess Leia is beautiful woman and Jabba the Hutt is a repulsive slug.)

Marjorie was a popular girl. She was a little prettier than the rest of the girls, a little bolder, and a little louder in her talking and laughing.

She had a way of leading the girls; whatever Marjorie suggested is what the girls usually did. Her ideas were usually good and she was very efficient in seeing them through. There was little use in trying to oppose her.

(Prettier, bolder, louder, and a natural leader? Clearly Marjorie is a bad egg.)

(But after talking about how we should just give up anything we want, why are are we bringing up opposing someone? The cognitive dissonance is stunning.)

"Many of the girls envied Marjorie. They looked up to her as an ideal. They wished that they could be as popular as she."

"But a few of the girls found in their hearts a secret resentment for Marjorie. They were jealous because she could sweep the crowd along with her ideas, while their own were given little consideration.”

Okay, check this out. The author is talking out of two corners of her mouth here. The girl with the outgoing personality is the villain. Other girls are depicted as being justified for resenting her, because she doesn't let them have their way, or consider their wants.

Of course, there’s going to be the Devil to pay.

Oh yes, Marjorie is about to get hit right where it really hurts.

Yes, Marjorie was the most popular girl, and a girl envied by many. But she was not the most loved girl. And there came a day when Marjorie would most gladly have traded places with Beth.

(Wait, what happened to Lois? I thought she was the hero here…)

Clearly, God is more pleased with some personalities than others. (So much for your failing sense of self-worth, extroverts. )

Her heart sang, her lips smiled, and her eyes were often filled with compassion for others.

​ Presumably, forest animals often came timidly from the woods and gathered around her, and little snowbirds lit on her outstretched fingers. 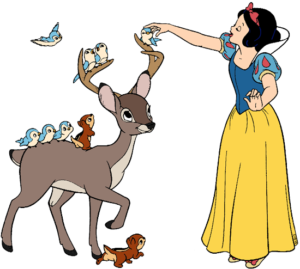 Beth, except for the short sleeves, and two-tone dress.
​Credit​​​

But she did not have Marjorie’s pretty face or her ability to lead the group, and Beth would have been astonished to know that she was the best loved of all the girls.

When Beth was chosen by the godly young man who Marjorie had secretly hoped to attract, Marjorie would have most gladly traded her popularity with the girls for the gift Beth had received.

Because that’s what truly matters in the end, girls.

​
Making sure you GET THAT GUY.

(And Marjorie’s punishment isn’t over…

After her marriage, Beth’s home was a place where love and unselfishness ruled. It was a little spot of heaven on earth.

Marjorie did attract a nice young man, but her ways of leadership and of always pushing her own ideas through made her home (where the place of leadership belonged to her husband) a very unhappy one.

The book is not clear exactly how Marjorie managed to land her nice consolation prize of a man, given her domineering ways, but perhaps his focus on her outward beauty is what made him second choice.

Marjorie often felt neglected and not appreciated by her husband because he did not assume the role of the admiring follower that Marjorie had been accustomed to her friends assuming in her girlhood days."

​The story is unclear about what happened next, but, based on her track record, we can safely assume that one of Marjorie’s children ended up living an ‘alternative lifestyle’ on the streets of Los Angeles and the other two went BMA. (Marjorie and her husband can’t decide which outcome breaks their hearts more.)

So many lessons here, girls!

That's all for now! Until next time...

2 thoughts on “The Kind of Girls God Likes”