After a LONG hiatus, we're ready to catch up with Paul and Rosemary again.

For those just joining us, this is the touching account of how Rosemary's struggles and triumphs as she goes from a clearly dysfunctional church to a controlling church that pretends to be functional, with all the mental gymnastics on full display.

Last installment included a scintillating discussion about how church authority works in their fun-house mirror logic, and Rosemary is asked to serve at Hope Haven, a new convalescent home near Hope Valley.

Her father is skeptical of the idea, fearing that Rosemary will be sucked in by the wiles of Mark Byler, the bishop of Hope Valley.

Ed is an individualistic heretic, so of course he's going to object to "biblical church authority."

"We need you here, Daughter. You wouldn't want to give up your baking after the good start you've made, would you?"

"I---I'll be twenty-one next week, Father," Rosemary faltered. "I thought that perhaps you wouldn't object if I'd go somewhere to work."

"There's plenty to occupy you here at home," Ed reminded her. "Yes, you will be of age, Rosemary. But that does not make Ephesians 6:1 of no effect." He gazed at her intently from beneath his bushy eyebrows.

As you can see, Ed doesn't mind using the Bible to establish his own authority. His beliefs barely differ one whit from the teachings of the churches that he left. It's merely a matter of who gets to wield the power.

Ed claims to believe in the individual conscience, but refuses to honor Rosemary's conscience, or to ask her what she feels God would have her to do.

In this exchange, Ed becomes what he claims to hate.

In the next chapter, Paul and his sister Joy visit Rosemary in Florida, after she has lived there about four months.

When at last Paul and Rosemary had time to talk alone, Rosemary suddenly felt shy. What, really, did Paul think of them all and their situation?

"Well, here we are in Florida," Paul began lightly, putting her at ease.  "It seems a little unreal, doesn't it?"

Rosemary smiled, "It did when we first moved here. I think I'm used to it by now. What did you think, Paul, when I wrote that I won't be coming to Hope Valley?"

"Well.... I had quite a struggle at first to accept it," he admitted.

"You did?" she looked up in surprise. "Your letters didn't show it."

"They weren't supposed to," Paul told her. "I appreciated your submissive spirit so much that I couldn't let my rebellion spoil it. You accepted the whole thing as the Lord's will, and I had to come to the same place. By His grace, I think I have." 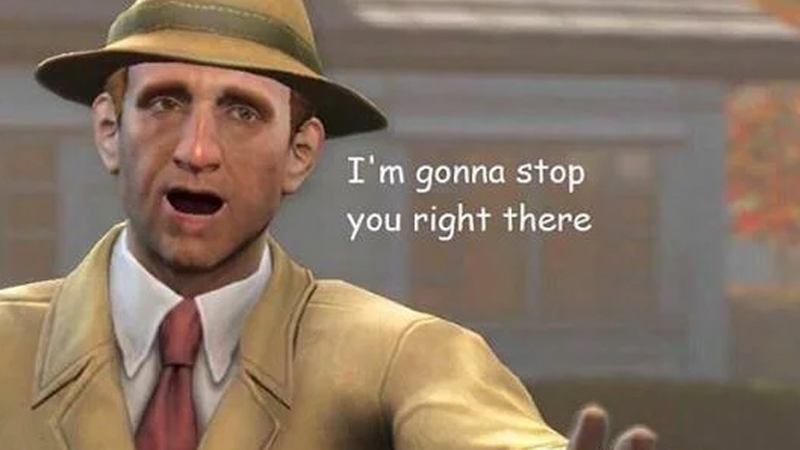 Look at what's going on here.

Submission (defined as rolling over and playing dead) is depicted as the ultimate good here.

Despite the fact that Ed is acting like a petty tyrant, and refusing to let his adult daughter make her own life decisions, due to his own financial considerations (he needs her to work at their bakery), and the wholesome beautiful thing for Rosemary to do is to quietly submit herself to that, and to put her own life, and her own personal development aside and bake cookies for the family business.

And Paul encourages it.

If I were a cynical person, I might point out that maybe Paul realizes that should their relationship result in marriage, she will offer him the same feudal deference. (Oops! I guess I'm a cynical person.)

And (pardon the spoilers), the worst thing about it is that the story makes it abundantly clear that it isn't God's will for Rosemary to stay in Florida.

Later on (and we'll get there), God makes Rosemary so sick that she almost dies, and it isn't until Ed promises to let her go to Hope Haven that she recovers at the very door of Death. (It seems like it might have been more just to make Ed sick instead, but far be it from me to question the workings of the Almighty.)

And this is always the logic that they use. "Well, it's God's will that you submit to your authorities, and you can trust God to intervene if He has a different thing in mind."

Submission is foremost, and following God is secondary. Yet, the Muslims, the Baptists, the Catholics, the Mormons, and the Presbyterians are supposed to stop submitting to their unbiblical church leadership, and become Mennonites, without waiting for their church to be OK with it, so as always, submission only applies when you are submitting to them.

The weekend passed like a dream. In the misty dawn of Monday morning, the little black VW purred its way northward, leaving Rosemary alone with memories.

"That was a real nice weekend," Joy Mast commented. "I don't know what I enjoyed most -- going to market with Rosemary . . . or having supper by the lake . . . or singing all together last evening . . . or the bedtime discussions Rosemary and I had . . ."

"The whole visit was perfect," Paul finished unexpectedly. "What kind of discussions did you two have?"

"Oh, for one thing, Rosemary wondered what I thought of the different covering her mother is wearing now."

"She asked me about that, too. What did you tell her?"

"Well, I hardly knew what to say. It's such a different kind from what our churches practice. But Rosemary said her father wants them to wear that kind of covering now because he thinks it's more Scriptural, so she thought she would soon make the change, too."

"That's what she told me," Paul said, rubbing his chin thoughtfully. "She wondered what I would think about it, and I really didn't know what to say. I can't see it's more Scriptural than what she is wearing now, and I told her so. The brethren at Hope Valley would call it an expression of individualism -- just doing different from the church's established practice for no good reason (there is, of course, no actually good reason to do different from the church's established practice). But she wants to honor her father, and I can't discourage that."

I think it's pretty obvious that Ed is one of these tedious people who is making up different ways of doing things just to establish himself as more spiritual than the next person. The world is absolutely full of people like this.

And I don't know exactly the kind of veiling that Rosemary's mother is wearing, but I can't imagine it's any less like the veilings worn in Biblical times than semi-transparent, cap-shaped, pleated, organdy coverings worn by modern Mennonites. You honestly think the Corinthians wore European cap-style coverings?

But, of course, any departure from the EsTaBLiShEd PrAcTiCe cannot be OK. 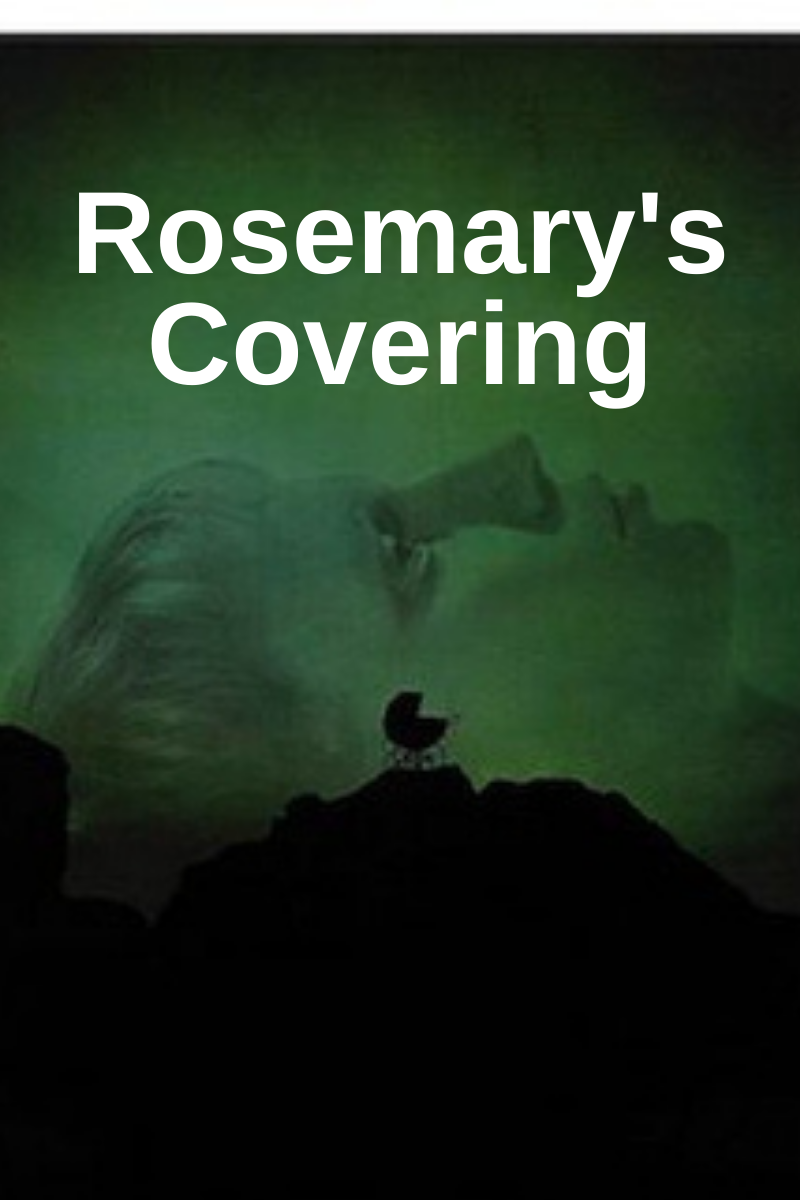 The story now leaps ahead to show Rosemary's parents in the hospital, desperately afraid. Rosemary has spinal meningitis, and has been sick for weeks. It's clearly a supernatural occurrence, because the doctors are mystified. She isn't responding to medication, and they've given up all hope.

The doctor leaves, telling them to pray, because that's the only thing left to be done.

When they were alone, Kathryn raised pleading eyes to her husband. "Ed, do you suppose the Lord is trying to teach us something through this?"

Kathryn hesitated. She had scarcely dared to think this before, much less say it. But something compelled her and she ventured, "Ed, don't you think-- we could have made a mistake in bringing our family here, so far from church fellowship?"

Ed breathed faster. "How would this experience prove that?"

"I don't know," Kathryn answered dully. She was too tired to think clearly. "I only wondered, Ed."

Ed's black eyebrows met as he pondered silently. "I don't know, Kathryn. I don't know about that."

This view of God is so prevalent and so weird.

Bad things are going to happen in life, and if you are conditioned to believe that they are the result of God's displeasure, every time something bad happens, you will suspect the last uncertain decision you made was the one that set Him off.

Also, the God who behaves this way is so strange and capricious. He could have done any number of things to get Ed's attention, or even prevent the whole situation to begin with.

He could given Brother Oscar meningitis, or he could have talked to Ed in a dream and set him straight, or He could showed Ed the perilous path his family was on by having Curtis get a rash of tattoos and start trolling people online. But instead, he smites the ONE PERSON in the WHOLE FAMILY who is really trying to follow Him with a life-threatening illness, to teach her dad a lesson.

Rosemary has begged God to intervene, and wished desperately to be showed the way, and all the people in her life have been thorns in her path, and God smites her.

But we all write out of our own beliefs, and this is the God they serve.


In the movie version, the Kathryn walks out of the room, Ed (played by Eugene Levy) staring out into the distance, whispering unintelligibly. The camera zooms out to take in the hospital room, with Rosemary lying still. The beep of monitors blends with the frantic whispers, before the scene fades to black.